The Sony PlayStation ushered in the rise of optical based gaming media, and was the first foray of a company that wanted nothing to do with ‘toys’ into the video game market.  While there ware several other CD-based systems that preceded the PlayStation, it facilitated the standard media change from cartridge to disk due to its vast sales and popularity, and propelled Sony forward into the role of industry leader.  It personally led me to a renaissance of sorts back into gaming, a hobby I had abandoned for about 4 years at the time.

Sony started as an electronics company in post World War II Japan by Masaru Ibuka and Akio Morita, achieving success in producing cassette recording equipment and transistor radios.  As their electronics division expanded, so did the development of a number of technologies vital to our appreciation of entertainment.  The portable cassette player Walkman helped revolutionize portable music, leading to the portability of MP3 players and eventually the audio components of smart devices today.  During the late 1970s and early 1980s, development occurred on the CD format in conjunction with Philips, leading to the digital media revolution.  Sony’s first foray into video games occurred when employee Ken Kutaragi persuaded management to manufacture a sound chip for Nintendo’s Super Famicom, which became known as the Super Nintendo Entertainment System (SNES) in North America.  He was nearly fired by Sony as he collaborated with Nintendo on this chip in secret, being saved by none other than the CEO himself.  Sony was more interested in maintaining its image as a high end electronics manufacturer, and did not want to primarily enter the video game market which it considered to be in the category of toys.  However, Kutaragi persisted with management and was given funding to take things a step forward, persuading Sony to help design a CD-ROM add-on unit for the cartridge-based SNES to help increase processing power, called the Play Station.  The arrangement gave Sony the rights to license the CD software and to manufacture the CDs themselves, while Nintendo would keep the licensing and manufacture of their cartridges.  Nintendo came to dislike this arrangement as it cut them out of the expanding CD market.  During the 1991 Consumer Electronics Show, after Sony announced their partnership, Nintendo returned later in the day to announce a closed door deal with Philips to develop a CD add-on for the SNES.  Angered by this betrayal, Sony eventually ceased their deal with Nintendo and set out to create the PlayStation as a stand alone console.  Code named PSX (PlayStation X, note the loss of spacing between Play and Station), the console was designed to provide newly affordable 3D graphics and advanced sound unlike anything that came before it, spurred on by the enormous popularity in Japan of the 3D graphics-based Virtua Fighter arcade cabinet from Sega.

The rebranded PlayStation debuted in Japan on December 3rd, 1994.  The North American release came on September 9th, 1995 after a marketing blitz the summer before at the E3 convention.  It sold 2 million units in the first 6 months in Japan, and 800,000 units in four months in North America, where the launch price was $299.  Lacking a pack-in game, which most consoles of the time offered, the launch software nonetheless included examples from multiple genres, including fighting, platforming, shooting, and racing.  It featured a unique shaped controller with a d-pad, shoulder buttons, and face buttons containing shapes as opposed to letters.  These actually had meaning behind the shape, with triangle indicating viewpoint, the square indicating document or menu, X indicating no or cancel, and O indicating yes.  Eventually, this controller gave way to one with two analog sticks called the Dual Analog controller in 1997, allowing for more precise 3D movement.  A further addition later that year added rumble with the introduction of the DualShock controller.

Sony released several variations of the PlayStation over it’s lifetime.  These include three different primary variations.  The original had an AV out connection along with RCA/composite jacks and a parallel I/O port.  The first revision dropped the RCA jacks, and the second revision dropped the I/O port.  On July 7th, 2000, the much smaller PSone was released.  This revision lost the internal power unit for a relatively small external power brick, but its smaller size made it portable in a sense that LCD screens could be now made to attach to the back of the unit and flip up.  Sony shipped a bundle with the PSone and their own superior screen, while 3rd party manufacturers created screens as well.

Accessories abounded during the PlayStation’s lifetime.  Right at the start, players needed to purchase a memory card to store game saves, as the unit did not have internal memory.  There were various cards made over time from Sony and 3rd party manufacturers with varying degrees of memory capability.  The Sony cards had the greatest reliability and quality, and are preferred for collectors today.  A multi-tap controller port was also available to extend the number of players in one controller port to four, both from Sony and third parties.  Many controller color variations were produced, in addition to the design revisions discussed above.  Asciiware produced a sought-after quality joystick used for fighting games and shooters.  Racing wheels with pedals were made for racing games, and worked especially well with Gran Turismo which introduced realistic console based sim racing. Light guns were made for light gun shooter games, particularly the Time Crisis and Point Blank series, with the Namco Guncon being the most popular.  An Action Replay Game Booster was also created using the first two console design’s I/O port.  This device allowed for cheats and enabled the use of burned CDs to play ‘back -up’ games (a popular term to sugar-coat pirated games).  It also had a unique second connector on top that facilitated the use of Nintendo Gameboy games through the PlayStation.

A huge number of games were released for the Playstation over the years across all regions, numbering well over 2000.  Great third-party develop support helped push this vast availability of games, where as the contemporary consoles from Nintendo and Sega had much poorer third party support, at least in North America.  These games included ground breaking titles in all genres, and their influence on the video game industry to follow was immeasurable.  Here are a few of the many standout titles: 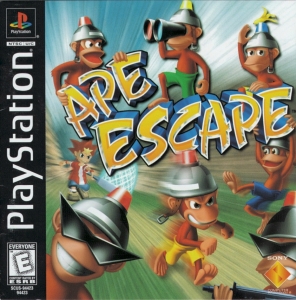 Castlevania:  Symphony of the Night 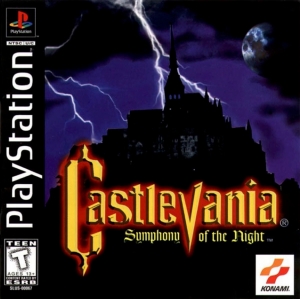 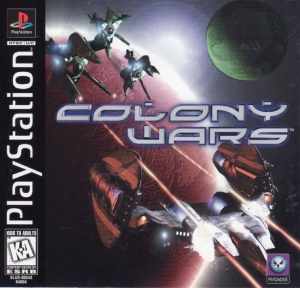 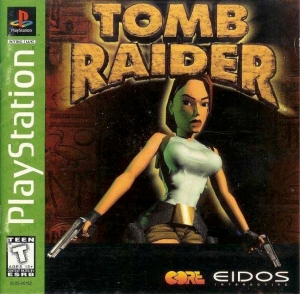 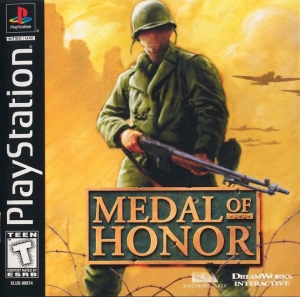 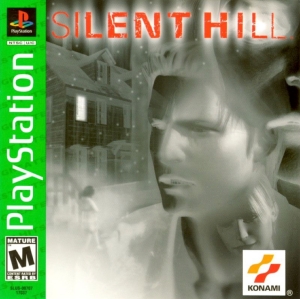 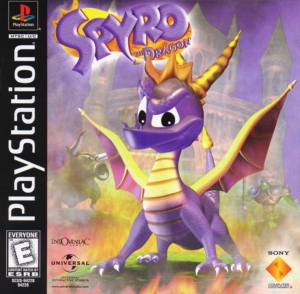 Personally, the Playstation came out in a time when I had lost interest in video games in general.  I had just graduated from college, and was moving on to podiatry school where my days were spent doing countless other things.  I still had my Genesis with me from college, but it collected dust.  I had little money to buy the newest generation of consoles, and no time to enjoy it.  During those days, arcades were still relatively populated, and while back on break to my parent’s home I began to play some of the newer arcade games, including many with novel stand-up controls like Top Skater and Alpine Racer 2.  I particularly liked Alpine Racer 2, and when I found out the Playstation had the Cool Boarders series, and an undergraduate at my school was selling his console and some games, I decided to give it a try and purchase my first PlayStation console.  I erroneously had assumed the graphics would be comparable to these arcade games at the time, and was somewhat disappointed in the jaggy graphics of the console.  However, my appreciation of this amazing console nonetheless grew, and I quickly acquired a decent collection of games to play.  In those days, I would buy used and trade back to places like Babbages, EBX, and Electronics Boutique, stores that have now folded under the wing of Gamestop.  I did lose a number of games to those trades (whose cash value was fairly poor anyway), and now have had to re-buy those games to have in my collection.  Unfortunately, the better Playstation games command high prices in the retro market, so collecting for this console now is difficult financially, as it is with Saturn games and Nintendo 64 games which served as contemporary consoles of that generation…… thank you so much, Millennials, for your childhood nostalgia and resulting inflation effect on the market!

With my renewed interest in the video game industry, I was able to move on from the PlayStation to the Dreamcast and subsequently the flashy new PlayStation 2.

Have any PlayStation memories you would like to share in the comments below?  Did the dogs at the beginning of Resident Evil scare the crap out of you, or did that certain character’s death in Final Fantasy VII choke you up?  Did you become pleasantly surprised with how much fun it was to tear around the tracks in a digital version of your parent’s hatchback playing Gran Turismo?  How about that ridiculous box-hiding in Metal Gear Solid?  Did you try to brush up on some German to get a leg up on the enemy in the Medal of Honor campaign?  Be sure to share your experiences below.